Axel Rüdlin – His name stands for top gastronomy and he has been hired by the best in the profession at home and abroad, because of  his gourmet arts. His career began while he was still a baby, in the kitchen of grandmother’s restaurant. It was she who significantly shaped his passion for cooking. In 2017, Axel was named “Hotel Chef of the Year” by the business magazine “Bilanz”, which awards this title every year. After gaining valuable experience in the best kitchens in Germany, Austria and Switzerland, Axel Rüdlin joined Viking River Cruises AG in 2018. From 2022, he is Senior Corporate Executive Chef on Viking and many more successful seasons are yet to come. 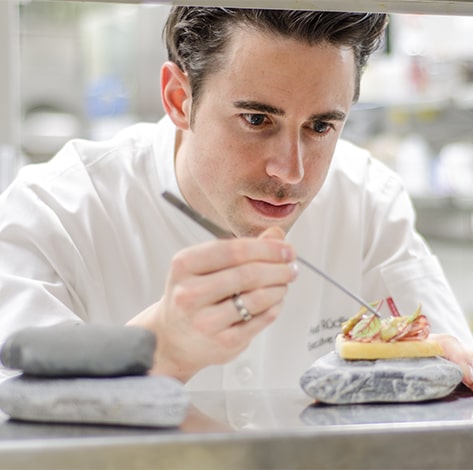